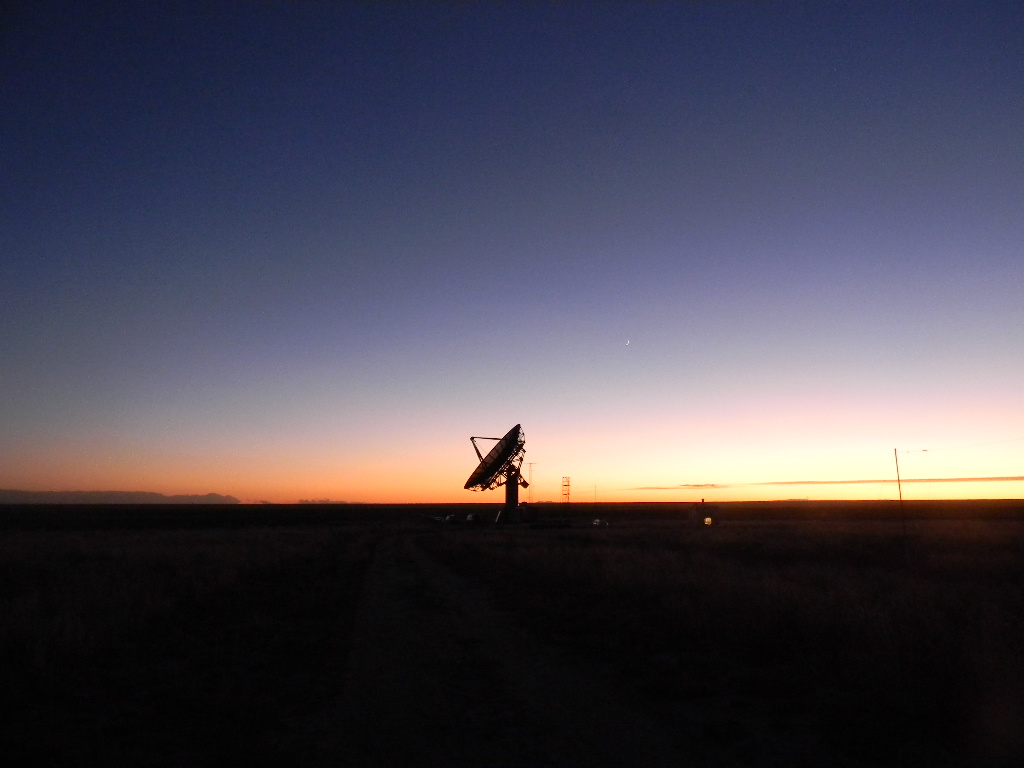 The antenna is set with an azimuth of 149.6° , and with an elevation 39.2° above the horizon.  This will allow the antenna to drift scan the sky along an arc, as the Earth rotates, at Declination -7.5° (celestial latitude).

This scan is designed to pass across the triple star system 40 Eridani, which occurs at about 0200 local time. This is a joint SETI project with Skip Crilly to make simultaneous measurements together with the Green Bank Observatory 40 foot radio telescope in West Virginia. The two sites are at about the same latitude, at a distance of about 1300 miles.  Joint observations are scheduled for the early mornings of October 26, and October 29. The specific target of interest is 40 Eridani A, which is at a distance of 16.4 light years.  Eridani A has a habitable zone around it for an orbit calculated to take 223. days. The frequency spectrum of 1405 to 1445 MHz are continually sampled, in order to look for “triplets” signals.  Simultaneous observing from two distant sites will rule out that any signals detected at both sites cannot be from local terrestrial sources.