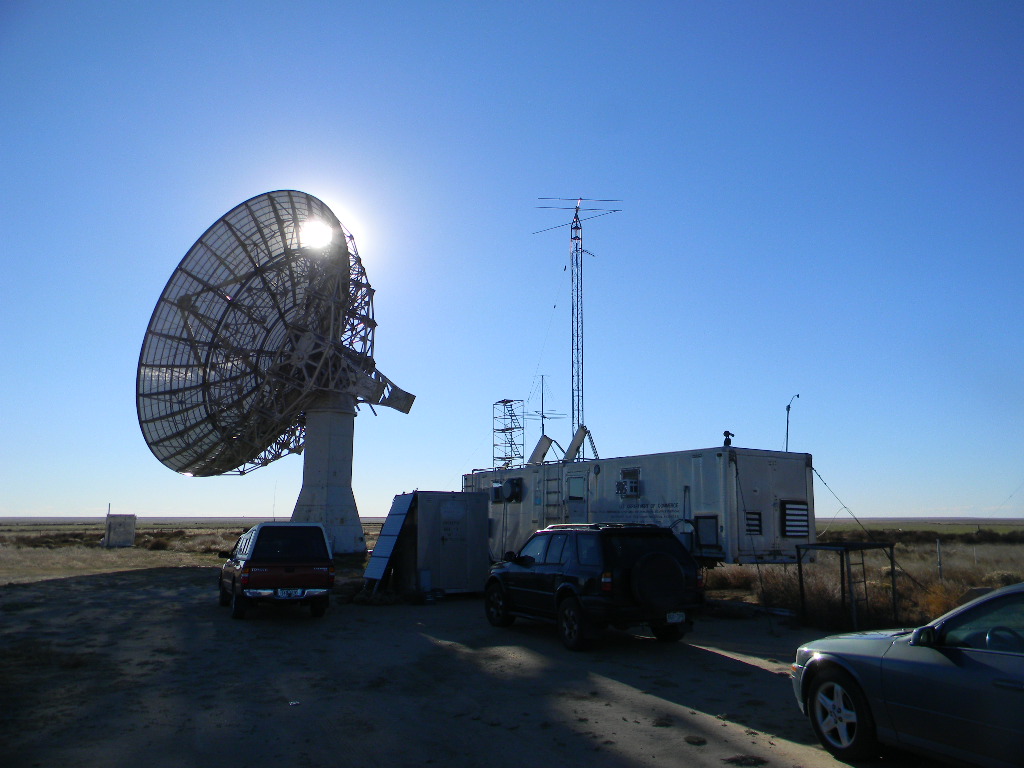 This is a summary of our activities at the Plishner radio telescope site during the third week of October 2018.  Steve Plock, Ed Corn, and Gary Agranat contributed to this report.

Our plan for the rest of the year is to work at the site during the third weekend of each month.  The Friday evening is devoted to astronomical observing, and the rest of the weekend is then devoted primarily to infrastructure and equipment work.

On Friday afternoon and evening Rich, Gary, and Paul did 1420 MHz neutral hydrogen observing with the 60-foot antenna.  The primary observing goal was to take regular measurements of the hydrogen signal along the Milky Way galactic plane at 10 degree intervals, from the galactic center to about 110 degrees (a little more than the first quadrant).  The Doppler shift of the hydrogen was measured at each 10 degree point. From that, Rich later used some basic geometry to derive a velocity and distance from the galactic center for each measurement.  A second goal was to observe several known, strong galactic radio sources that could be used in the future for calibration of our observations, and also to see if we are capable of observing those sources in a consistent way (without unknown biases).  A third goal was to observe additional galactic sources as targets of opportunity, to see how well we do, and to also see what problems we hit.

Galactic plane observing started at about 5 pm local time, when the galactic center in Sagitarius had risen high enough in the sky for us to observe. The galactic plane and most of the other observing were done with the 60 foot antenna pointed along the meridian (180 degrees azimuth to the south and zero degrees to the north), in order to eliminate the Earth’s rotational motion in the Doppler shift measurements.  We observed until about 10:30 pm, when the team was then quite tired. To warm us up during the evening, we made a batch of hot apple cider.

Details of the observations and results were discussed at the science meeting on Monday October 22nd, and those will be covered in a separate post.

We’ll continue with the discussion of the weekend infrastructure work.

Our first order of business was to re-service the toilet and spare in the outhouse. They now both have RV antifreeze for winter. Next installed was a portable heater for winter operations and I labeled all the breakers in the out house. I then labeled the doors with instructions for emergency exit and the safety pin for privacy at the main door.

With the help of Gary, Hans, and Paul we have the first 3 tower sections in place at the bunker, along with the first set of guy wires. [More about the tower below.]

Paul Berge worked on Friday, Saturday and Sunday. Because he travels  from Lyons, Co. he prefers to maximize his efforts each visit. Also the weather window for the year is closing. I attempt to support his efforts as best as I can. Paul provided support for Rich Russel’s data acquisition which included galactic Doppler measurements. The team  knocked  off before midnight.  Results have already been detailed in the  Science meeting on 22nd of October.

On Saturday Ed installed a heater in the outhouse, winterized the RV toilets, and labeled the outhouse breakers.

During Saturday afternoon Hans, Ed, Paul, Steve and Gary all worked together to erect the new communications tower. The first set of guys were finished  at 23 ft. by Ed Corn doing all the climbing.   The majority of the rest of Saturday myself  and Paul spent evaluating the elevation limit switch operation, including testing complete functionality with fault clearing via the built in override capability.

The majority of Sunday was consumed by lubrication of the dish and adjustment of the azimuth drive chain. I also installed the conduit in the elevation bulkhead so that Bill Miller can complete his synchro  wiring project.

Sunday Dave Molter worked into the night using the 500W floodlights and mixed over 1000lbs of concrete to try to prevent continued erosion in the ramp area.  A big thanks to all who participated in  this cooperative effort.

Photos by Gary, from Friday and Saturday:

Our DSES ham radio club station K0PRT participated in the 2018 Washington State QSO Party, called the “Salmon Run” on September 15.  We received this nice certificate today for our participation.  We made 26 contacts on the 20 and 40 meter bands from our station in the bunker, using the multi-band vertical antenna. 22 of the contacts were with Morse Code (CW), the other 4 were with SSB phone. 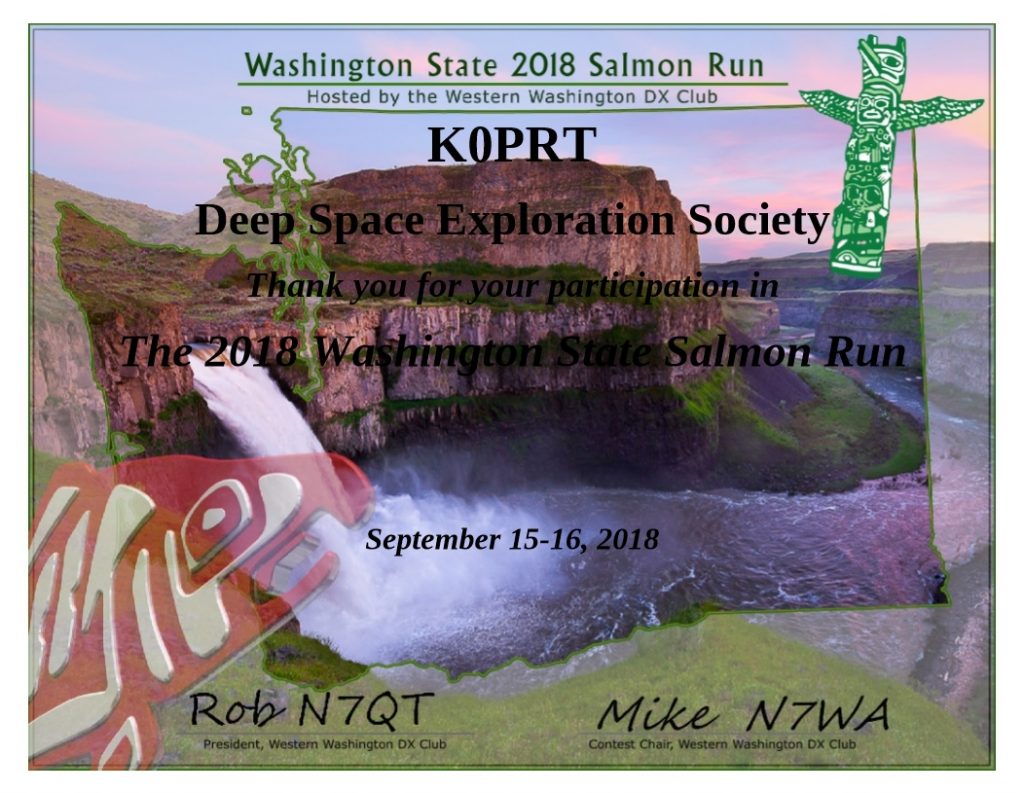 All of the US states have ham radio QSO parties at some time in the year, on particular weekends. The QSO parties give the hams in those states a chance to get on the air and meet the rest of us, and gives us a chance to meet them.  Canada also has some QSO parties, and there are some around the rest of the world as well.

Participation in QSO Parties is one of the ways we as hams in DSES can connect with the ham radio community.  On September 15, 2018 we also participated in the Iowa and New Jersey QSO Parties, which were running that weekend.  From what our contacts in New Jersey told us, we seemed to be one of the few stations from Colorado reaching or trying to contact New Jersey.