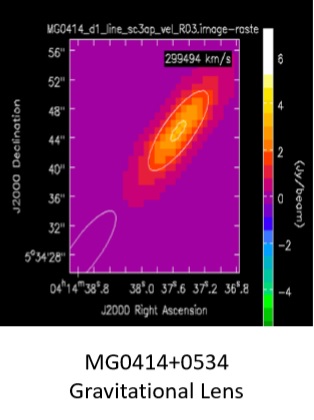 We had 13 participants in the virtual science meeting:

Bill said we have to hold a virtual board meeting and elect officers from the board.  We also need to call the annual all members meeting.

Rich gave a presentation with slides (see below) on reduction and graphing of data sets from the  national observatories and Pulsar observations. He also discussed the data from his 9 foot dish and about how to understand the Hubble Galaxy and object classification nomenclature, such as MG0424+0435  where 0424 in the right ascension and +0435 is the declination.  He also discussed the gravitational lensing effect given by the gravity well of a foreground object bending the light  and radio emissions of a background object around it.  Prime examples of this are;  https://www.eso.org/public/images/eso9856f/ and https://en.wikipedia.org/wiki/Einstein_Cross  the Einstein Cross.  Rich gave data and discussion of the Betelgeuse dimming phenomenon and whether this may be preamble to the star going supernova.  While a supernova may be preceded by a few hours by an early warning detector of Neutrinos as Gary has outlined, it is unlikely that this is the cause of the dimming and Rich gave a discussion of his theory and simulation of a passing object shading Betelgeuse.

Xander Duval was in attendance and said that he had been invited to go to the state science fair when others dropped out.  At the Fair he won an award from Nasa on earth science systems and submitted his research paper to the Junior Humanities and Science symposium and scored another award in physical sciences there. We are happy that this worked out well and hope to help him with future work.

Bob Sayers has a 4 ft PVC Mag Loop antenna that he would like to give away.  This can be configured for use with a SuperSID setup.

Rich said that it can be used as part of the Astronomy League’s Silver/Gold certification for radio astronomy.  You need 5 projects, 2 of which you need to build yourself. Available projects are:

Here is a drop box link to the meeting recording missing the first 10 minutes before I logged in.

These are the slides from our DSES Science Meeting, Monday evening April 27, 2020. Presented by Dr. Rich Russel. In PDF format.