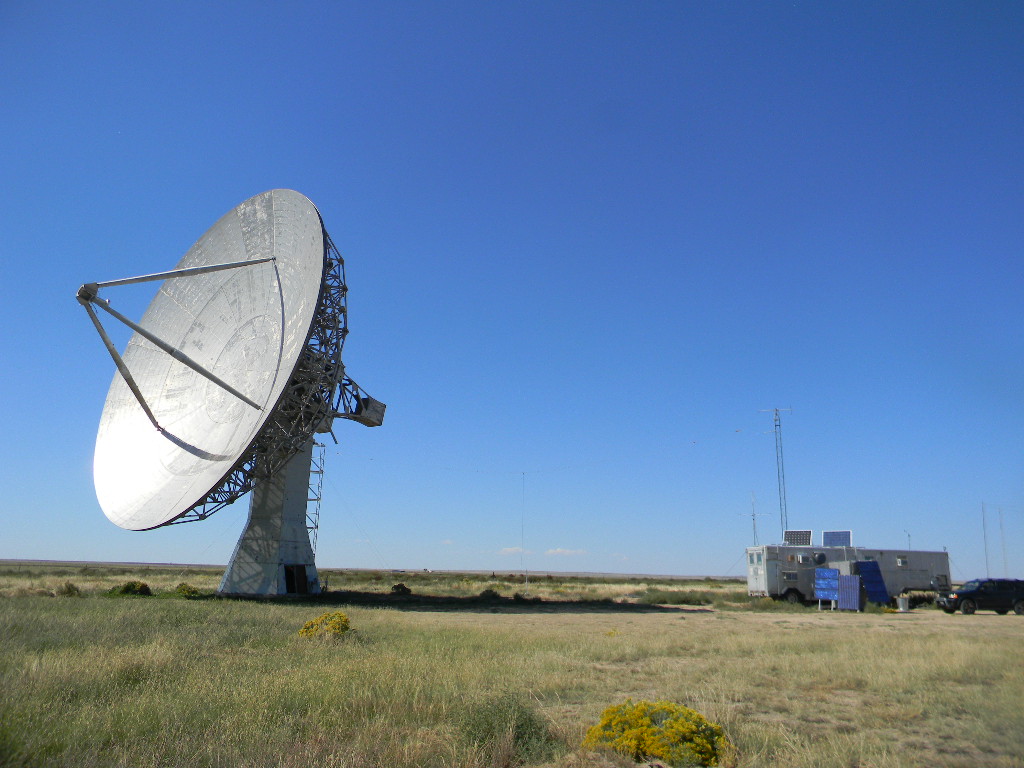 These are the slides from Dr. Richard Russel’s presentation about the radio astronomy observations conducted at the Plishner site during the previous Saturday, September 22. The observing period was chosen for Saturday afternoon, when the Milky Way around the galactic center was starting to rise high enough in the east.  Observations were done using the Spectracyber at the 1420 MHZ neutral hydrogen I (HI) frequency.

Goals for the observing included 1) using our in-house Radio Astronomy Guide as an observing reference, 2) seeking strong enough sources listed in our guide that could serve as calibration references, 3) scanning perpendicularly across the plane of the Milky Way to observe changes in hydrogen signal while pointed inside and outside the galactic plane, 4) starting a series of doppler shift measurements along the plane of the Milky Way at galactic longitudes 10 degrees apart.

Some sources were found, but some were not. Among those found were Centarus A, Sagitarius A, and Virgo A.  A number of peaks in the hydrogen signal were seen where we didn’t have any reference information that sources were present. The scan perpendicularly across the galactic plane showed the higher concentration of hydrogen in the galactic plane. We likely also detected the weaker signal of hydrogen known to be above and below the plane in certain regions.  For this observing set, some sources like Sag-A were so strong that they oversaturated the voltage scale we had initially set.  Doppler shifts were measured at 5 points, 10 degrees apart, along the galactic plane.  Please see the slides for details.

On the site for the observing trip last Saturday were Rich Russel, Jay Wilson, Gary Agranat, and Steve Plock.