Location and Time: On Sunday, Oct 29th Ed Johnson and Bill Miller made a trip to the site to reinstall and tune the computer for the System 2 dish controller.

Site Activities:
A. Bill arrived on site by 9:00am, unlocked the facilities and fired up the generator. Ed arrived a little later and brought in the bench computer on which he had repaired the operating system corrupted by a MS update from the last trip. We immediately hooked up the computer to the controller interface in the pedestal control deck via the Ethernet LAN interface and got to work. Several items in the software needed to be corrected.

B. Ed added a Start and Stop ramp subroutine to the motor drive software to prevent the system from abruptly starting and stopping the drive at high speed. This generates a stepping ramp function to start the motors slowly and speed up to the desired speed and then slow down in a similar fashion to stop. It greatly helps to reduce the stress on the system and should reduce over currents from popping the 3 Amp breakers on the drives. Some amount of iterative tuning of this was needed to get this to work just right.

C. A problem was seen when the computer would pause and stop communicating with the interface about every 10 seconds. This is a critical fault which would render any closed loop control unstable or ineffective. We attempted to find the source of this problem. We traced and substituted the LAN switches, CAT5 wires and connections and eliminated this as a cause. We turned off as many processes in the machine that could interrupt the system as possible. Ed found that by unloading the MS Visual Studio program that the interrupts occurred about half as frequently but they still occurred. We finally concluded that the PC was just not fast enough to perform the control function with all of the other MS programs and housekeeping functions and this was causing it to hesitate. Ed decided to donate another laptop he has with considerably more speed for this function and will ready that for the next trip. Bill will pick it up at Ed’s in Limon if Ed can’t make the trip. In the mean time we left the bench computer in place to control the dish pointing.

D. While Ed was modifying the software and testing the movement, Bill monitored the result from the pedestal control deck and also spent some time mapping out about half of the controller box. He will finish that on the next trip and transfer the diagrams to schematic capture for documentation.

Observations: Some important observations are as follows:
A.  It was found that there is a fault in the elevation optical encoder. At several particular positions of the elevation the encoder would jump a number of degrees in value. For instance at 44 deg of elevation it would suddenly jump to 50 deg. So the 6th significant bit appeared to be faulty. These errors always occurred at the same positions indicating a fault in the encoder and not the electronics attached. This could be contamination or a scratch on the optical device. Since we use only half of the encoder for the +0 to 180 elevation position sensing it might be possible to realign the encoder 180 deg off and use the other half of the bits if no errors are seen there. If not the encoder will have to be repaired or replaced. This problem was not seen on the Azimuth encoder but we were not looking for it. A means of testing the encoders for such a defect would be a handy utility in the software that we should add.

B.  Even with the start/stop ramp function and driving the dish at a relatively slow speed we still had the 3 amp breakers tripping, sometimes in the middle of a continuous movement when we were not starting or stopping. We need to measure the currents in these breakers and determine the root cause whether an overload, controller fault, worn or miss-sized breakers. This is a real nuisance when trying to move the dish and must be corrected before computer control can be effective.

C. Bill stayed in the tower communicating with Ed on the radio to position the dish from the previous ~ 45 deg elevation for 40 Eridani observation to the parked 90deg (birdbath) and 315 deg azimuth position. This 315 deg azimuth position is the optimum service setting to allow access to the upper deck and dish though the service portal. It is also the best position to allow the feed point to be driven in elevation only to the -0 or 180 deg position to place the feed on the service tower.

Shut Down:
We had to wrap up the work by about 3pm to travel to other commitments. After setting the dish to the parked position Bill shut down the lights, locked all of the doors, returned the keys and shut down the generator using the original procedure of turning off the main gas valve. This may not be required anymore but as yet we haven’t officially changed the procedure and it is the safest condition if we are not on site for a while.

That concludes the minutes from our Plishner site work trip of October 29th, 2017 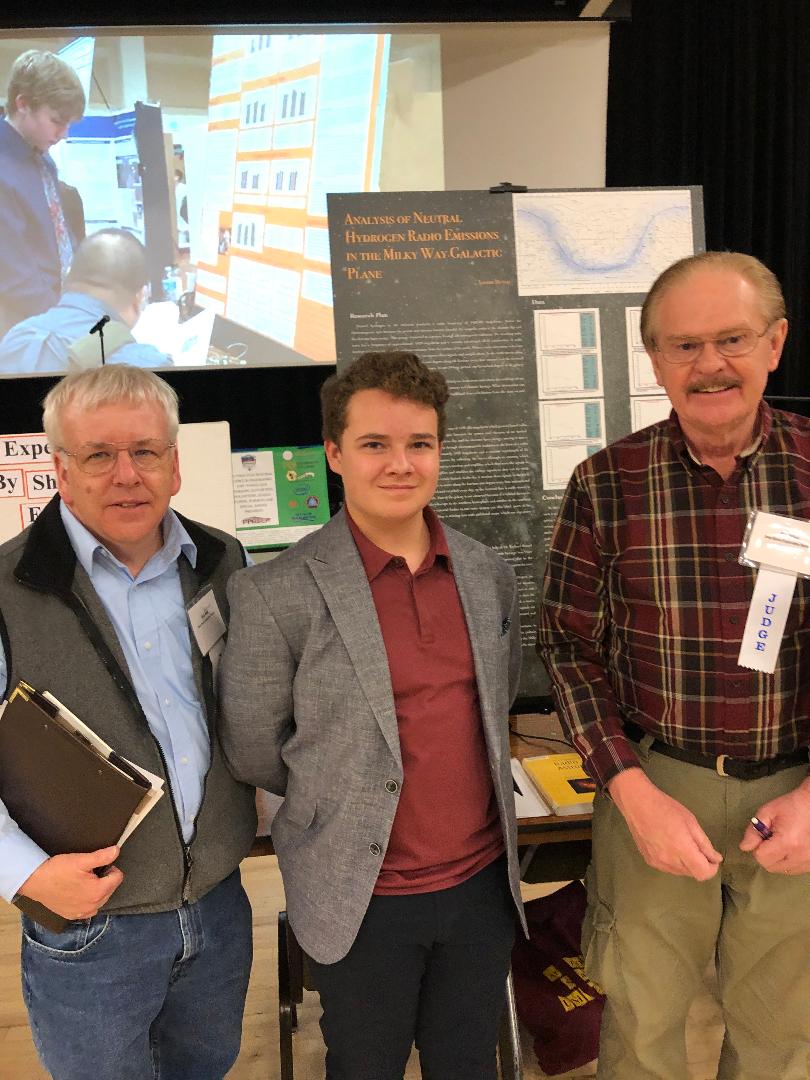