Trip report and photos by Gary Agranat and Bill Miller, with contributions from the rest of the team.

We traveled to and worked at the Plishner radio telescope site during the weekend of July 20 to 23, 2018. Attending were: Steve Plock, Ed Corn, Paul Berge, Bill Miller, Dave Molter, Gary Agranat, and Tony Bigbee. This is a summary of what we did:

– The site received several days of heavy rains during the previous week. The bunker sump pumps were overwhelmed and the bunker was flooded. Steve and Paul spent a number of hours on Friday and Saturday morning clearing out the water and cleaning up. Steve reported clearing at least 60 gallons of water. Dave later on Saturday also spent time removing water and cleaning. Paul cleaned up some more water on Monday morning.

– On Saturday morning Paul and Bill filled in the conduit trench for the synchros.

– Paul put in wiring to the limit switch system, for azimuth and elevation limits of the dish travel. Paul stayed over Sunday to complete more of this.

– Bill brought out the System 2 dish controller and laptop. It had worked well on the bench at home, but at first didn’t work at the site. After some frustration he called Ed Johnson and they worked through the problem. The static IP address of the computer had to be set and then the system communicated and could be tested. Paul stayed in the tower control deck while Bill drove the dish from the comm. trailer. A fairly serious problem was found and Ed was consulted again by phone. The watch dog timer was apparently timing out and dropping the power to the motor drives about 3 times a second. Seeing this they immediately shut it down. Bill took the system home to do a modification on the VFD power enable relay and to trouble shoot the reason for the time out. Once fixed, he will bring it back for more testing. Bill informed Dave Molter of the problem and asked that he not repeat the same issue in the motor drive control circuits of System 1. Bill also provided Dave with a linear power supply and some parts to complete System 1 controller.

– Bill also installed the latch on the System 2 Controller and temporarily installed the DB25 switch boxes in the control deck so we can switch between systems for test and maintenance.

– Steve and Gary worked on installing the MFJ auto-tuner for the FT-897 ham transceiver in the bunker. They found that the tuner would not power up, although the manual indicated that it should have. There is an alternative way to directly power the tuner, but they didn’t have the proper wiring. Steve gave Gary a wire on Monday, which can be used to connect the tuner directly to the power supply (located lower on the bench below the rigs). Gary also brought the mini-manual for the FT-897. It is like a checklist, and is useful for quickly finding menu settings.

– After checking with the analyzer Gary did some operating through the afternoon and evening on 10 through 40 meters, mostly on FT8 digital mode and some SSB on 10 meters. He was able to tune on the digital portion of all of those bands with his FT-950. During that time he made about a hundred contacts, which give the club some exposure to the ham community. As of this writing, about 50 confirmations were received on LOTW and eQSL. The QRZ page counter increased by about a hundred during that time as well. Propagation was poor, so that most contacts were just around the US. We did get some DX to Germany, Italy, and New Zealand. Gary also checked into the 12:30 pm Weather Net on 146.970 MHz on the Pikes Peak repeater, which is at a distance of over a hundred miles.

– Dave Molter brought his trailer out and the crew loaded up most of the remaining surplus wood container parts for Dave to dispose of.

– Tony Bigbee came out for the first time on Sunday. Bill gave him a tour of the facility and Tony went right to work, cleaned out the pedestal base room, and sorted out a lot of the surplus hardware there. Thanks Tony, this was greatly needed.

– The Britain family from Haswell came out on Sunday afternoon. Bill, Paul, and Tony gave Mr. and Mrs. Britain and their two ~10 year old boys impromptu presentations and tours of parts of the facility. Mrs. Britain is a teacher and very interested in working with DSES on a school & student outreach program in the area.

– Dave again tried the VHF talk-in radio system (on 146.46 MHz) while coming in to the site. We had a clear contact with him from about mile marker 128 on Highway 96. Gary tried communicating through the talk-in system coming from the south from Las Animas. He contacted Ed and could be heard from the first transmission at the county line, which is on a ridge. Gary again tried talking to the system with Bill while going out, traveling north to Haswell and then west on Highway 96 past mile marker 128. Gary could hear Bill clearly along most of the route, but Bill had some difficulty hearing Gary. Bill suspects the problem may be at the audio of the phone receiver in the comm. trailer.

The team considered this a successful trip. 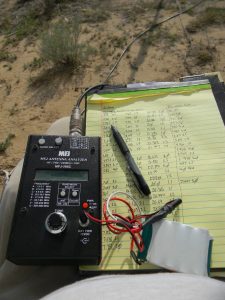 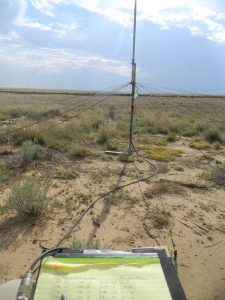 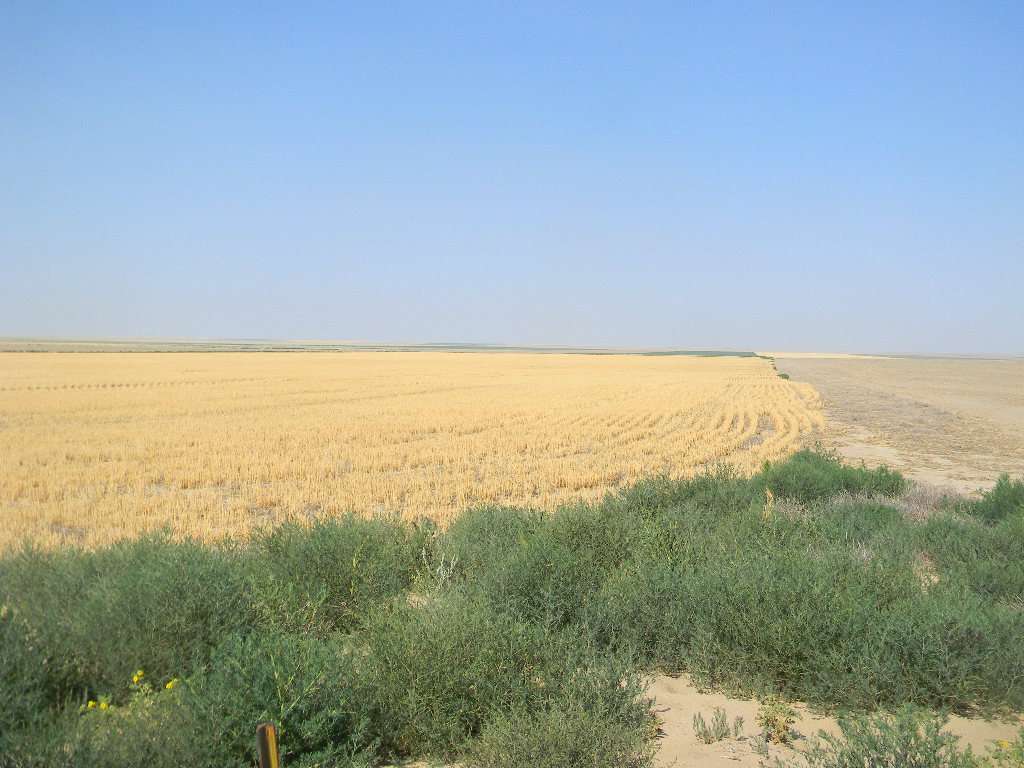