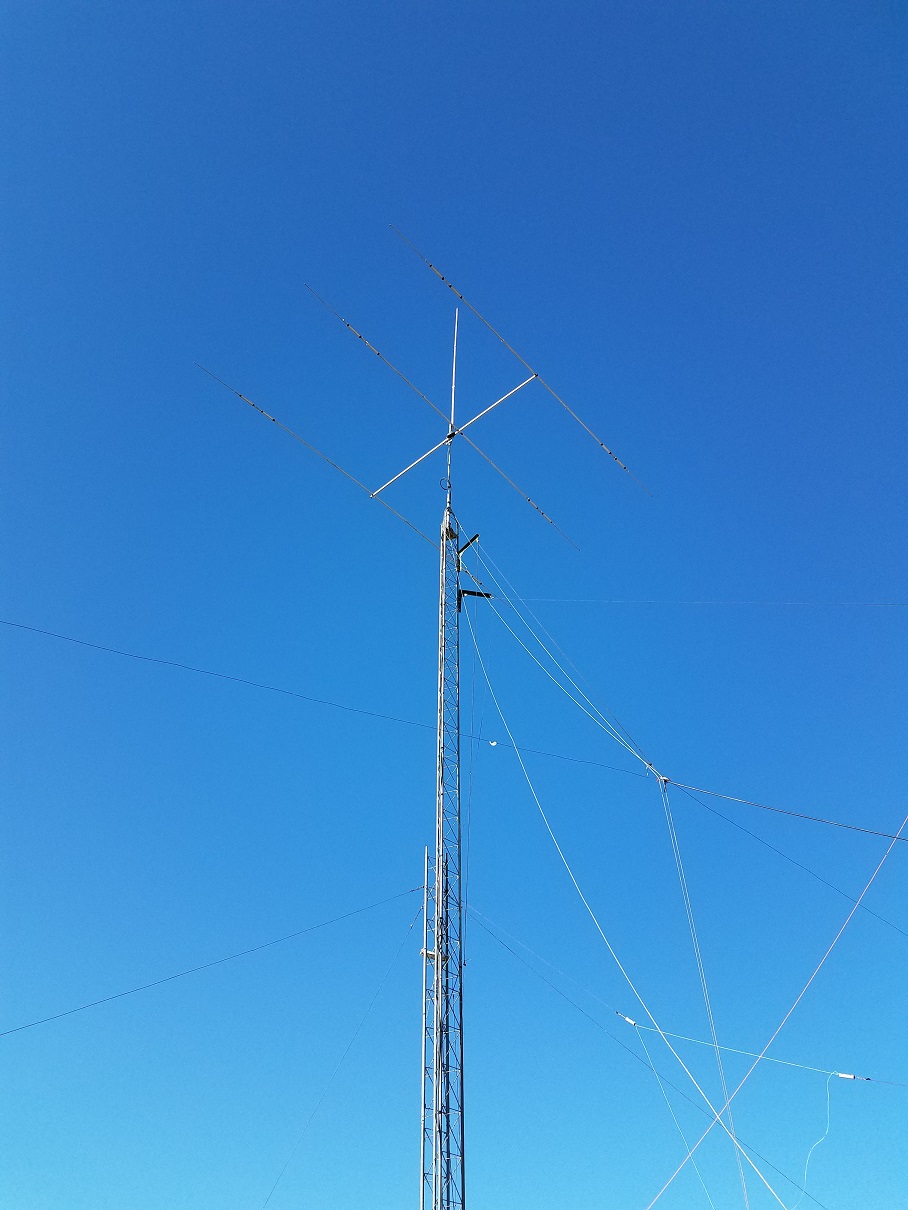 For lunch, Steve treated us with smoked ribs from Broken Bones BBQ in Monument, with sauces, potato salad, and coleslaw. Gary brewed coffee. Also, the team met first at the firehouse in Ellicott. Gary baked orange-cranberry muffins. We ate our muffins at the firehouse, and shared the rest with the fire department crews there.

The tower should significantly improve our capability to communicate long distances on the 10, 15, and 20 meter bands with the Yagi. The 2 meter band vertical should enable us to communicate on our talk-in VHF radio system to much further out.